I'm starting something new for the blog. I come across a lot of interesting things throughout my research, and I try to share them on social media, but I like the idea of creating a "resource" post. So here it is. I'll share different things I find monthly (and some that may be older, but from which I find fresh insight), and maybe a little insight to go with.

Note: I want to note that I do not endorse any of the products, services, or works that I list in these posts, unless specifically noted. I simply find them interesting, and think you might, too. Trigger warnings don't often occur to me to note, but I'll see what I can do. Also, I took some time off social media this month, so you may see a lot more "finds" in subsequent months.

I found a listing of books being released throughout 2018 (and into 2019), so I'll post the ones that have released the previous month. If I have read them, I'll also do a review (likely in its own post). I admit that a few books looked offensive to me personally, so I have decided not to include them. Like I said, this will be what I find interesting and wish to share. I'm not interested in sharing hateful or ignorant works. However, if you need to see some of the things people write about Autistics that can be perceived as harmful, you are more than welcome to search through the list yourself.

It's really rare to find decent portrayals of autistic people on television and in movies. So, I was only mildly - and pleasantly - surprised to see one on Elementary, CBS's modern take on Sherlock Holmes. I generally like this show, and have been working through it with my family.

This particular episode has them investigating a string of murders that may have been committed by a computer hacker, but that paled in comparison to the portrayal of the autistic computer prodigy. I found the portrayal of Fiona Helbron (a.k.a. "Mittens") to be done well overall, although I thought it was interesting that they planted the idea that Fiona couldn't lie because she was autistic. Though we often get into trouble for being too truthful, there's no substantial research proving that we are categorically incapable of it. Still, it's an interesting watch, and I definitely recommend this one. I'd like to see other Autistics' reaction to her performance, so please comment below. You can currently find this on Hulu, though I'm not sure if it's available for non-premium accounts.

ACN Omaha
If you live in the Omaha, NE metro area, this might be a good one for you to check out. I met the staff there; they seem really committed to assisting us with dignity, and continuing to evolve as a community resource. I'll undoubtedly write more on them later.

I'm still wrapping my head around Autism Acceptance Month in April. I've tried and failed several times to get a post up and running on what I got out of it. It was a lot to process this month, starting the blog anew and focusing heavily on advocacy for the first time in such a personal way. So stay tuned; I've got more posts on the way, and I'll get that one up, too.

What kinds of resources and cool things have you found lately? Share in the comments below! 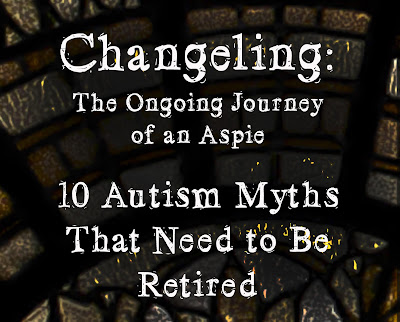